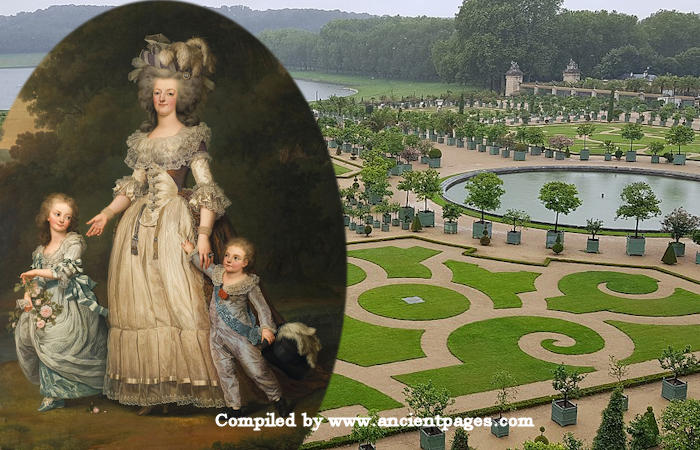 Ellen Lloyd – Icestech.info – Marie Antoinette is today known as the French Queen executed by the guillotine during the French Revolution. Much has been said and written about her, and modern historians agree her life was a mixture of pleasure and genuine horror.

There is no doubt Marie Antoinette was beautiful when she was young, but she was also naive, and her life in France was not a dance on roses. The French people hated her. She had to deal with evil gossips and horrible accusations, but what is the truth behind her dramatic life story? Was she a bad woman or rather a victim of manipulation she could not foresee?

Who Was Marie Antoinette?

Born on November 2, 1755, at the Hofburg Palace in Vienna, Austria, Marie Antoinette was the youngest daughter of Empress Maria Theresa, ruler of the Habsburg Empire, and her husband Francis I, Holy Roman Emperor. One day before she was born, a magnitude 8.5 earthquake felled  Lisbon, killing 30,000 people. Later, when Marie Antoinette’s life became a struggle, it was said her birth had been foreshadowed by its evil omens.

Marie Antoinette’s father, Francis I died when she was only ten years, and her mother was in a hurry to arrange a suitable marriage for her daughter. The goal was to end hostilities with her longtime enemy, King Louis XV of France. A marriage between Louis XVI of France and the daughter of the Austrian Empress would be a perfect alliance capable of securing peace between the two countries and of destroying the ambitions of Prussia and Great Britain.

Marie Antoinette met her husband on May 14 at the edge of the forest of Compiègne, and the wedding ceremony took place on May 16, 1770, in the Palace of Versailles. At the time of the marriage, Marie Antoinette was 15 years, and Louis XVI was 16. 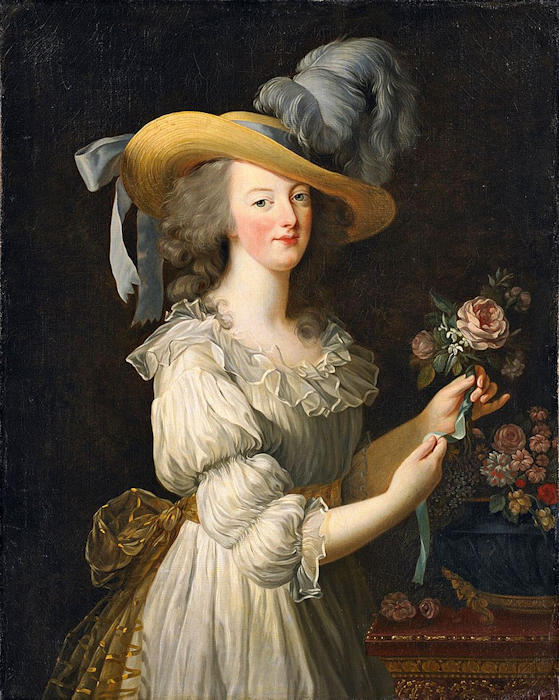 Marie Antoinette en chemise, portrait of the queen in a “muslin” dress (by Louise Élisabeth Vigée Le Brun, 1783). This controversial portrait was considered by her critics to show improperly informal attire for a queen, whereas a similar portrait in formal dress did not create controversy. Credit: Public Domain

Marie Antoinette’s problems started right on the night of the wedding and continued for many years. The couple’s failure to produce any children for several years placed and people question their sexual relationship. It was not unusual the public mocked the King asking, “Can the King do it? Can’t the King do it? The Queen’s ability to become a mother was a constantly debated subject. Had the marriage been a failure? False rumors spread, adding fuel to the eternal gossips, and the public started to suspect the new French Queen was a lesbian and could not have sexual intercourse with a man.

Marie Antoinette was not eager to discuss her sexual relationship with her husband. Instead, she spent time enjoying herself with music, hunting, and gambling. She was called Europe’s most beautiful Queen, and she was a true party woman.

Marie Antoinette Disliked Much At The Versailles Palace

The new French Queen disliked life at the Versailles court as she found it tiresome to participate in the rigid, formal ceremonies that the French court put so much time and money into. She also hated the traditional court etiquette that prevailed in Versailles.She ignored all intrigues at the royal court and surrounded herself with women who like she had no interest in politics. Marie Antoinette loved opera, theater, and ballet. Gambling was also one of her greatest passions, and this was a worrying sign, not only because of the financial consequences of the game but equally because the nocturnal parties kept her away from the real bed.

To Marie Antoinette, life seemed good, except for the fact there was pressure on her to give birth to a child. If she failed, she could be sent back to Austria.

Finally, on December 19, 1778, the French Queen gave birth to a daughter Marie-Thérèse Charlotte. Her second pregnancy ended in a miscarriage early in July 1779, but on October 22, 1781, she gave birth to Louis Joseph Xavier François, Dauphin of France.

Looking through the eyes of the French people, the Queen had fulfilled her duty giving birth to an heir, but she was not popular among the public, and whenever she went out, she was met with silence. People talked badly behind her back and mocked her. Her popularity did not improve by the fact she had a love affair with her friend Swedish diplomat Count Axel von Fersen, who had returned to Versaille for a brief time. 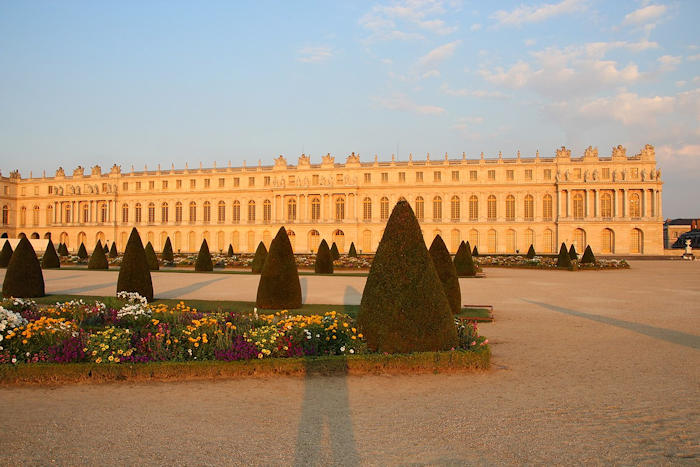 One can say Marie Antoinette was blamed for basically anything wrong that happened in the country, including the economic crisis that occurred in France due to the country’s costly participation in the North American War of Independence.She was a frequent target of satire. It was said she was an alcoholic, whore, and lesbian. She was even accused of incest, which she forcefully denied. She asked her husband on several occasions why the French people hated her so much, and she thought it might have been because she was from Austria.

Modern historians are convinced there is no ground to suspect her of incest, but the campaign against Marie Antoinette grew stronger, and her expensive habits were criticized. She was tired after her fourth pregnancy, and her life became more and more miserable. Her youngest daughter Sophie had died at the age of one, and tuberculosis caused her son’s death in 1789. She found it difficult to cope with all evil gossips and became depressed.

Dissatisfaction with the royal family spread among the French population. People were poor, and the King and the Queen lived in luxury.

“The March on Versailles was one of the earliest and most significant events of the French Revolution.
On October 5, 1789, women had suffered enough injustice as a result of the economic crisis in France. Bread was very difficult to get and very expen, and feeding children seemed like an impossible task.

The angry women decided to complain directly to King Louis XVI and his family as well as their entire court.

Their demonstrations quickly became intertwined with the activities of revolutionaries, who were seeking liberal political reforms and a constitutional monarchy for France. 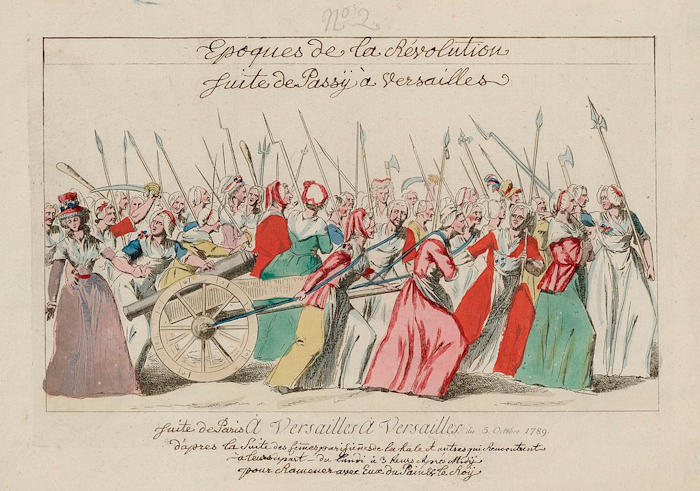 A contemporary illustration of the Women’s March on Versailles, 5 October 1789. Credit: Public Domain

The huge crowd of frustrated market women and their various allies grew into a mob of thousands, and encouraged by revolutionary agitators, they ransacked the city armory for weapons and marched to the Palace of Versailles, about 13 miles from Paris.

They demanded to see “the Baker,” “the Baker’s wife,” and “the Baker’s boy”. The crowd besieged the palace, and in a dramatic and violent confrontation.

Some of the crowd got into the Queen’s quarters and Marie Antoinette barely escaped by way of a secret passage that is still partly intact at the Palace at Versailles to the King’s room.

The King agreed to meet with some of the women and promised to distribute all the bread in Versailles to the crowd. The arrival of the National Guard on the scene determined to take the King back to Paris complicated things for the King.

These events ended the King’s independence and signified the change of power and reforms about to overtake France. The march symbolized a new balance of power that displaced the ancient privileged orders of the French nobility and favored the nation’s common people, collectively termed the Third Estate.”  1

“Let them eat cake” is the most famous quote attributed to Marie-Antoinette, the Queen of France during the French Revolution. There is, however no evidence Marie-Antoinette ever said anything of this kind.

Queen Marie Antionette On Her Way To The Guillotine

With the French Revolution around the corner, it was now just a matter before the French King’s and Queen’s glorious days were history. Was Marie-Antoinette aware of the horror she was about to face? One can only speculate how much she understood and the real world outside the walls of the magnificent Versaille Palace.

In December 1792, Maximilien de Robespierre , an enemy of the aristocracy -strongly argued for the execution of King Louis XVI.

Plots to help the royal family escape were designed, but Marie-Antoinette rejected them because she did not want to leave her husband. Finally, an escape was ultimately attempted on June 21 1791, but the entire family was arrested less than twenty-four hours later at Varennes and taken back to Paris within a week.  Marie-Antoinette’s lover and friend Count Axel von Fersen, who had helped the royal family escape, was devasted. 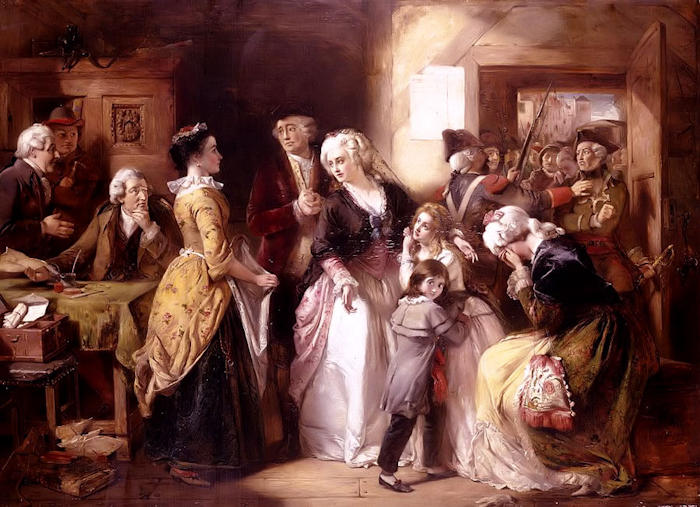 Arrest of the royal family at the house of the registrar of passports at Varennes night of 21–22 June 1791 by Thomas Falcon Marshall, 1854. Credit: Public Domain

According to Marie Antoinette’s First Lady of the Bedchamber, Mme Campan, the French Queen’s hair had turned white over a single night. The events must have a horrible to the entire family. Angry crowds were yelling on the streets, demanding the beheading of the King and Queen.

King Louis XVI was condemned to death by guillotine and executed on January 21 1793. Marie-Antoinette saw through her window how people were carrying the heads of her closet friends. She still hoped her son would survive and become the next King of France, but this never happened. Her son and daughter were taken from her, and she was sent to a cold, dark prison cell in the Conciergerie as ‘Prisoner n° 280’ awaiting her execution.

Queen Marie Antoinette’s life story has been featured in many books, and she is sometimes portrayed as a self-centered woman unaware of the public’s suffering. Other authors present a more positive image stating she was a victim of unfortunate circumstances.

Charles Duke Yonge writes in his book The Life of Marie Antionette, Queen of France she suffered but showed strength until the end. “She bore herself with an unswerving righteousness of purpose and an unfaltering fearlessness of resolution which could not have been exceeded had she been encouraged by the most constant success. And in the last terrible hours, when the monsters who had already murdered her husband were preparing the same fate for herself, she met their hatred and ferocity with a loftiness of spirit which even hopelessness could not subdue. 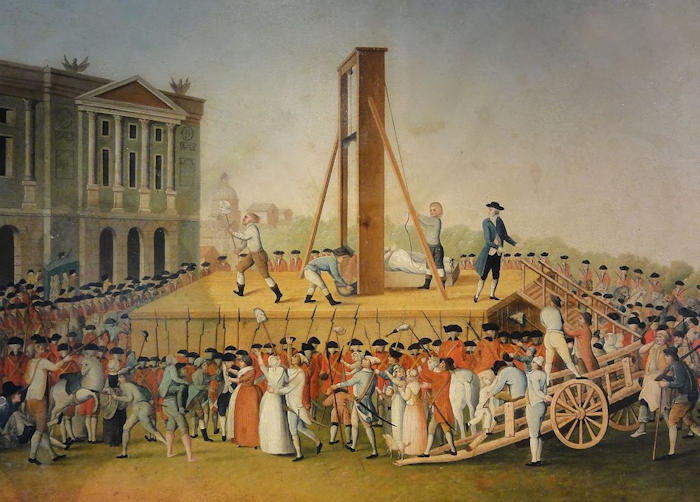 Long before, she had declared that she had learned, from the example of her mother, not to fear death; and she showed that this was no empty boast when she rose in the last scenes of her life as much even above her earlier displays of courage and magnanimity as she also rose above the utmost malice of her vile enemies.”

Charles Duke Yonge describes Marie Antionette as a courageous woman saying “No courage was ever put to the proof by such a variety and such an accumulation of dangers and miseries; and no one ever came out of an encounter with even far inferior calamities with greater glory. Her moral courage and her physical courage were equally tried. It was not only that her own life, and lives far dearer to her than her own, were exposed to daily and hourly peril, or that to this danger were added repeated vexations of hopes baffled and trusts betrayed; but these griefs were largely aggravated by the character and conduct of those nearest to her.” 2

There is no doubt Marie Antionette was a fascinating personality who, like all people, had positive and negative traits, and those interested in the history of France or royals, in general, may find her biography a worthy read. 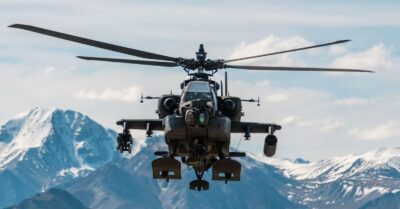 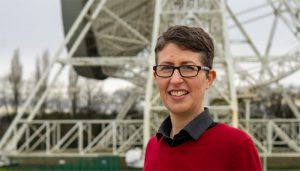