Conny Waters – Icestech.info – In the past, many unusual professions were well-paid, but some of these jobs were not respectable.

In ancient Rome, some people worked as delatores. They were professional informants who were paid to collect gossip about the city’s inhabitants. Delatores provided the prosecutors with the needed information, which was later used in a trial. 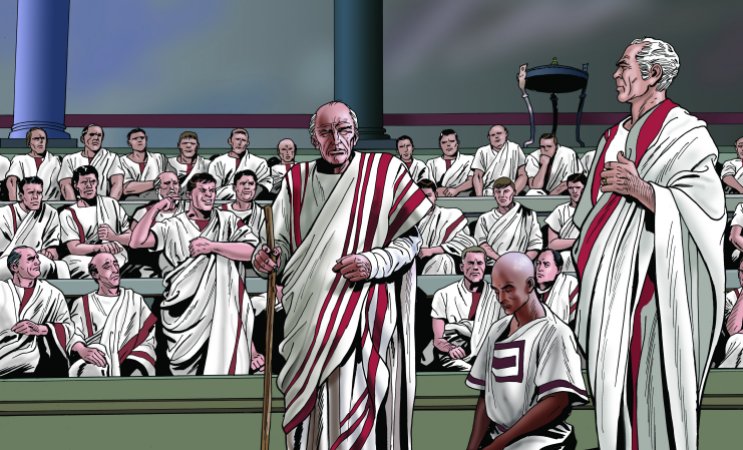 A delatore in ancient Rome could earn a lot of money by collecting gossips about citizens. Credit: Massimo Todaro – Adobe Stock

“In the administration of Roman law, there was no public officer corresponding to a modern attorney-general. The prosecution of offenses against public law was left to private citizens. It is even said to have been regarded as the palladium of Roman freedom – this right of the citizens to originate a prosecution, and bring before the proper tribunal, the praetor, or the Senate, any offender whom his vigilance had detected; and there to make good his accusation by his own address and eloquence.

As, in the transformation of the republic into the empire, the old forms and titles largely remained, so was this right of the private delator made to serve the ends of arbitrary power. The prosecution of those who fell under the emperor’s displeasure could not be charged directly upon the government. The odium rested upon the informer. But the incentives for his activity were great also – the prospect of wealth and celebrity, the favor of the prince, and the power and influence which flowed from it. ” 1

The delatores could earn good money, but they were not very popular among the citizens. The informants received either a fixed amount for each piece of information or a percentage of the offender’s fine for the committed crime.

The delatores usually persecuted wealthy citizens from whom there was money to be made. 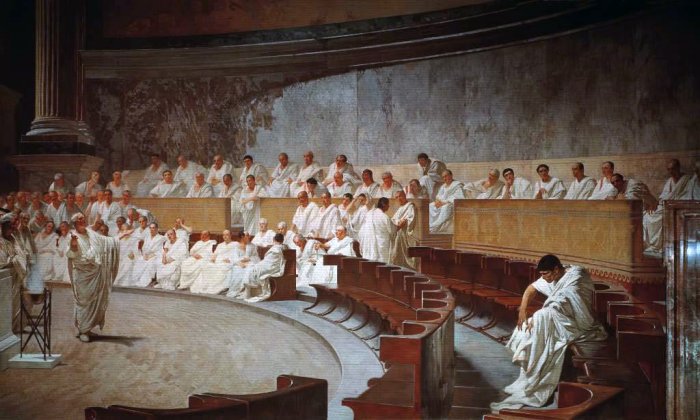 Representation of a sitting of the Roman Senate: Cicero attacks Catiline, from a 19th-century fresco. Credit: Public Domain

The value of the gossip collected by these informants has been debated, and citizens were convicted of false accusations.

Several of the committed crimes would not have led to a sentence in modern courts, but the law was different in the Roman Empire. For example, one can mention the case of Caisu Lutorius Priscus knight who received a death sentence after having written a poem when drunk. The knight “had written a celebrated poem, lamenting the death of Germanicus, for which he had received from Tiberius a monetary reward.

An informer seized him on the charge that he had recited to some ladies of rank another poem that he had composed when Drusus was sick and which, if Drusus had died, he boasted that he would have published with a still greater reward. It would hardly seem to us a severe offense. But after much debate in the Senate, he went against Priscus; he was immediately taken to prison and put to death.” 1