The researchers were sure that the pyramid was constructed on top of it, making it Teotihuacan’s first building.

There is a network of tunnels and caves underneath the three pyramids illustrating the underworld, according to latest studies by archaeologists from Mexico’s National Institute of Anthropology and History (INAH) and geologists from the Institute of Geophysics of National Autonomous University of Mexico (UNAM), reinforcing the finding in 2017 and 2018.

Cave and tunnels under the Pyramid of the MoonA mysterious civilization built Teotihuacan in the Valley of Mexico, being an important city with complicated origin and having much of its history unrevealed. The city was renowned for being one of the biggest metropolitans in the prehistoric Americas, housing more than 125,000 in terms of population during that period.

The 3 main pyramids of Teotihuacan were temples deployed for pre-Columbian deity ceremonies. The highest one is the Pyramid of the Sun with 65 m in height, while the second-in-order is the Pyramid of the Moon with 43 m height, believed to have been constructed on top of 7 levels of structures in the period from AD 100 and AD 450.

Below the surface of the Pyramid of the Moon, there is a hole measuring 15 m in diameter and 8 m in depth. Scientists highly believe that they can find more tunnels there, after having successfully discovered the vacuum of the subterranean hollow using non-invasive geophysics techniques (ANT and ERT).

Back in 2017, using Electrical Resistivity Tomography (ERT), geophysicists were able to detected the cave. Before this, researches also uncovered the existence of other artificial tunnels under the Pyramid of the Moon, together with passages and caves beneath the two remaining Pyramids, the Pyramid of the Sun and the Pyramid of the Feathered Serpent.

This cave was used as the nucleus for all of TeotihuacánThe “Moon Cave” has been thought to be natural for the last 3 decades, and scientists also believed that pre-Columbian workers must have laid the foundation, trace, and build the complete city of Teotihuacan based on this underground world, with the cave functioning as a beginning milestone.

The first base section of the Pyramid of the Moon and “the oldest known Teotihuacán structure,” building 1, is another aspect that hints at this urban concept. The building was erected between 100 and 50 BC, preceding the rest of the constructions in the metropolis.

Building 1, the first base section of the Pyramid of the Moon and “the oldest known Teotihuacán structure,” is another feature that alludes to this urban concept. It was constructed between 100 and 50 BC, preceding all of the rest of the city’s structures.

The first stage of building started at the front of the pyramid and extended until it turned to be the present-day structure, surrounding the whole subterranean tunnel. Moreover, the location of the Pyramid of the Moon is at the center of Teotihuacan, at the end of the wide Avenue of the the de.ad (Calzada de los Muertos), serving as the city’s backbone.

The significance of Teotihuacán’s three pyramids is unknown, but this recent discovery of a cave beneath the Pyramid of the Moon completes the trio of underground tunnels in the three structures. As a result, it is thought that the building culture wished to mimic the legendary underworld under the Earth and glorify the world of the de.ad. 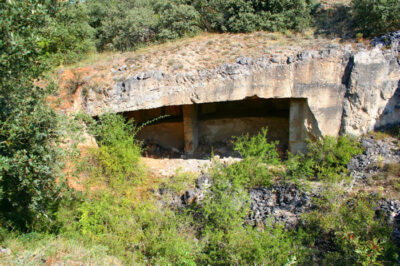 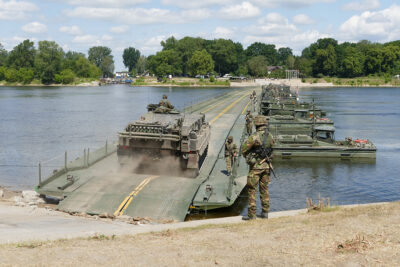