Ellen Lloyd – Icestech.info – If Vikings were alive today, they would be surprised, and perhaps even a little flattered to see how the world has taken interest in their history. The Vikings are more popular than ever, and people are fascinated with everything these Norse warriors accomplished, and even failures in some cases.

When we talk about the Vikings, we say they were originally from Scandinavia, which of course is true. However, did you know that very few people in ancient Scandinavia spoke of themselves as Vikings? 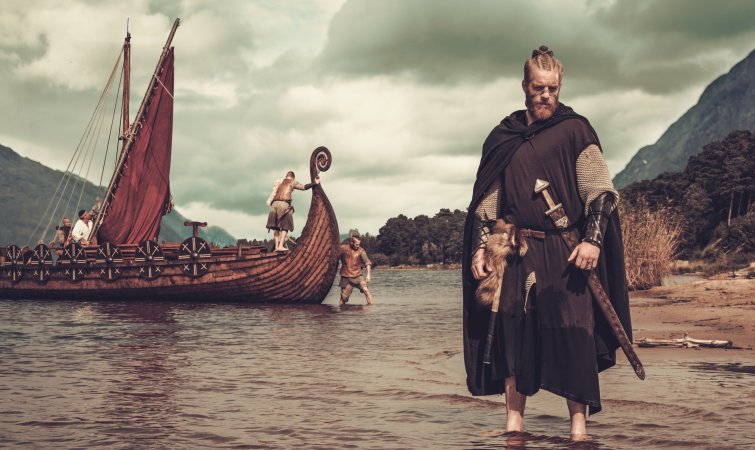 Being a Viking was a profession. Credit: Nejron Photo – Adobe Stock

The origin of the word Viking is still uncertain, and it would seem the “word is a historians’ revival; it was not used in Middle English, but it was reintroduced from Old Norse vikingr “freebooter, sea-rover, pirate, viking,” which usually is explained as meaning properly “one who came from the fjords,” from vik “creek, inlet, small bay.” 1

To understand why ancient Scandinavians did not refer to themselves as Vikings one must keep in mind the true meaning of the word Viking. In Old Norse, an old Scandinavian language, the word appears as “vikingr”, which designates a person, while “viking” designates a practice.

According to Jan Bill, a professor of Viking archaeology and curator of Oslo’s Viking Ship Museum, “the Scandinavians never spoke of themselves as Vikings, as an identity for anybody Scandinavian. The word rather meant an activity, to go raiding, or a person who was doing that.”

In modern times we forget the true meaning of this word we frequently use the word ‘Viking’ to describe anybody Scandinavian from the Viking period.

As much as historians try to set the records straight there are still many great Viking misconceptions being perpetuated.

Contrary to what many believe today, the Vikings did not wear helmets with horns and they did not drink from skull cups. Very few helmets from the Viking Age have been unearthed, but one thing is certain, none of the discovered ones had horns.

The horns on the Viking helmet were simply a “mistake” is attributed to costume designer Carl Emil Doepler, who in 1876 added horns to the warriors’ helmets in a performance of Richard Wagner’s Ring Cycle opera, inspired by Nordic mythology.” 2

It’s often said that Vikings were dirty and did not pay attention to their appearance. Few things can be further from the truth. Archaeological discoveries reveal that Vikings were cleaner than most and they were rather vain.

Vikings did plunder and they used their magnificent longships to reach distant lands. The Vikings’ ships were the greatest technical and artistic achievement of the European Dark Ages. Without these great ships, the Viking Age would never have happened.

Many Viking ships were equipped with carved dragonheads on top of the stem, while the stern often was shaped like a dragon’s tail. The dragon was meant to frighten the enemy and it was a powerful Viking symbol.

“The word “drakkar” is sometimes purported to be a Viking-era word for a longship, which occasionally featured an ornamental dragon on the bow.

But some historians insist that the term is as recent as the 19th century, inspired by the modern Swedish word for dragon, “drake” in singular and “drakar” in plural.

That word is similar, but not exactly the same, as the word used in Old Norse.

“There are actually seven instances of ships being called ‘dreki’, or ‘drekar’ in plural, in poems from the Viking Age,” says Jan Bill.

“It was not a technical term, though, rather poetic.” 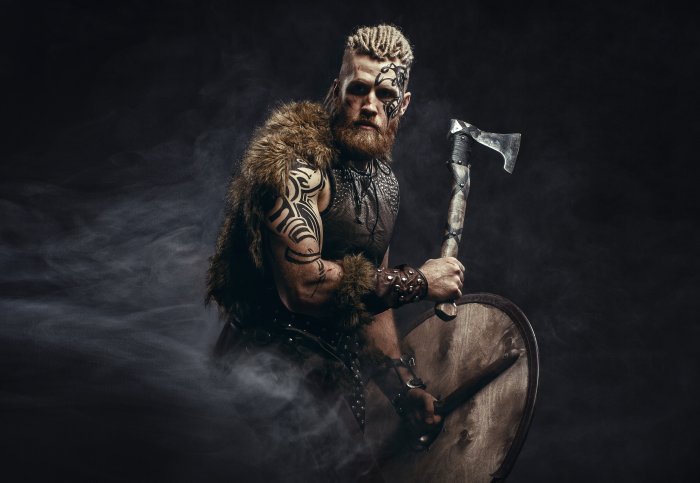 Historians do, however, agree that light longships, powered by oars and/or sails, were known for their speed and flexibility, capable of crossing oceans and, thanks to their shallow draught, sailing upriver. 2

As much as the Vikings are today remembered for plundering, we must not forget that they were also skillful traders who established a network of contacts from the Caspian Sea to Greenland.

During the Viking Age, there was a need to organize and finance trading possibilities. This was done through something known as Félag that can be best described as an ancient Viking company.

Commerce played a vital role in the lives of Vikings who established several important trading centers that many foreigners visited.

One of them was Kaupang that was a flouring Viking market and production center for North Sea trade.

Although, it was not as effective as its two Nordic “sister cities”, Birka in Sweden and Hedeby in southern Jutland (now Schleswig, Germany), Kaupang was a well-known and extremely effective hub for trade and production, a few decades into the 900s.

This is why ancient Scandinavians never spoke of themselves as Vikings.