American B-52 bombers flew low over Stockholm’s parliament and palace on Friday as Sweden ramps up exercises with the United States in view of the Scandinavian country’s NATO membership.war 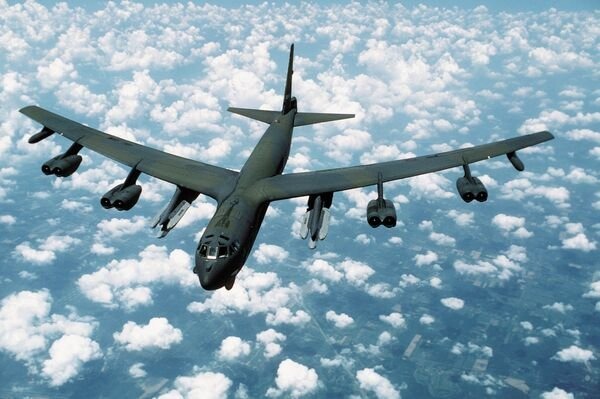 A B-52H strategic bomber equipped with the AGM-86 variant Air-Launched Cruise Missile, which the Long Range Standoff weᴀpon system is intended to replace

The two US Air Force planes were escorted by JAS Gripen fighters as they overflew the capital around 12:15 pm (1015 GMT), Sweden’s military said.

While the US bombers have taken part in exercises in Sweden before, it was the first time they have flown over the capital, a military spokeswoman, Therese Fagerstedt, told AFP.

“It’s the kind of exercise that is even more meaningful now,” she said.

Sweden and Finland applied to join the Atlantic alliance in May following Russia’s invasion of Ukraine. The US and other Western powers have since intensified military exercises and shows of military might across the region.

A large US navy assault ship, the USS Kearsarge, moored in June in central Stockholm before taking part in naval exercises off the coast.