Angela Sutherland  – Icestech.info –The Achaemenid Empire (First Persian Empire) became the world’s largest empire thanks to Cyrus the Great, Cambyses, Darius I, and Xerxes I.

It was founded by Cyrus the Great, one of the most outstanding figures in human history. 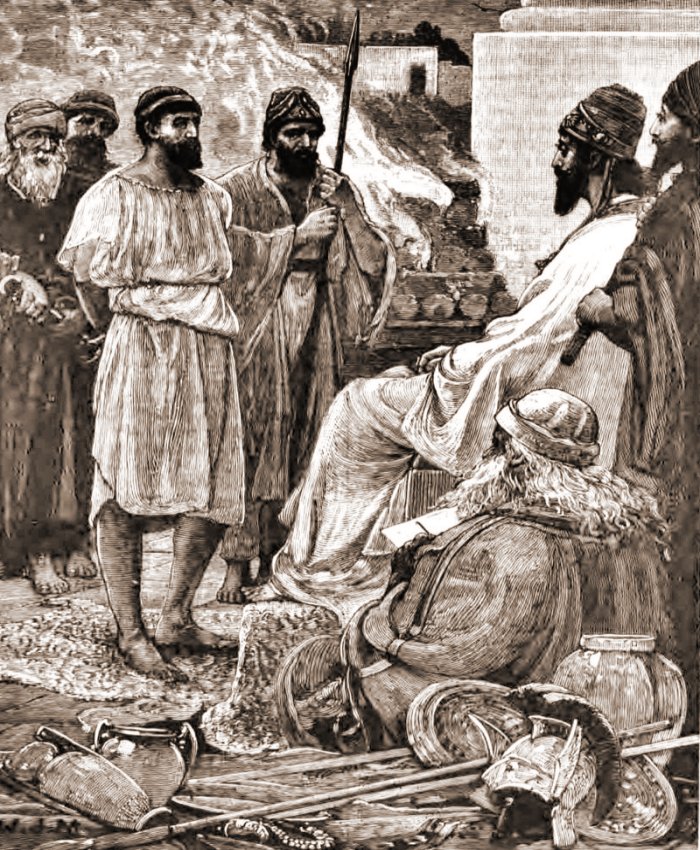 By 546 BC, Cyrus the Great had defeated the Lydian king, Croesus, and had secured control of the Aegean coast of Asia Minor, Armenia, and the Greek colonies along the Levant. Moving east, he took the land of the Arsacids, known as Parthia, Chorasmis, and Bactria.

Cyrus the Great became king of Persia in 559 B.C and created the largest empire of ancient history. The Achaemenid Empire included parts of Central Asia, the Mediterranean, North Africa, and even European territories such as ancient Thrace and Macedonia.

At that time, the number was equal to forty-four percent of the world’s entire population.

Cyrus the Great‘s military tactics were different in several ways. He developed a reputation for sparing conquered rulers so he could ask their advice on how best to govern their lands. He considered co-operation to be not a sign of weakness but strength. Cyrus the Great did not take the ancient city Babylon by force. Instead, he fought a propaganda campaign to exploit the unpopularity of the last king, Nabonidus, a tyrant known for his strange religious ideas.

Cambyses II Continues The Expansion Of The Achaemenid Empire

When Cyrus the Great died in 530 BC, his oldest son Cambyses II took over the power and continued the expansion of the Achaemenid Empire. 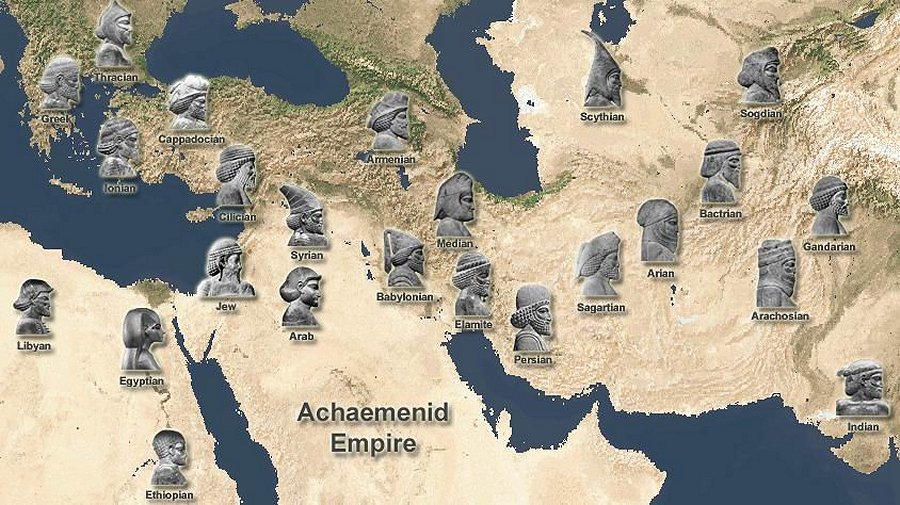 Darius ruled the empire that at its peak included among others much of West Asia (but not all), parts of the Caucasus, parts of the Balkans (Thrace-Macedonia, and Paeonia), most of the Black Sea coastal regions, Central Asia, as far as the Indus Valley in the far east, and portions of north and northeast Africa including Egypt (Mudrâya), eastern Libya, and coastal Sudan.

Cambyses II had many military goals, but he certainly did not achieve as much as his father. His greatest military accomplishment was the conquest of Egypt when he deposed Pharaoh Psamtik III.

By doing so, Cambyses II could add Egypt to the Achaemenid Empire. His next ambitious goal was to invade Ethiopia, but it failed as he ran out of military supplies and withdrew. While Cambyses II was traveling through Syria on his way back to Persia, he suddenly died mysteriously in Syria in the summer of 522 BC. The cause of his death (perhaps a wound to the thigh and a severe bacterial infection, as a result) remains a historical puzzle.

Darius the Great Becomes The Ruler Of The Achaemenid Empire

Before Cambyses died, he left Darius, one of his generals (a distant relative), to step in and take over responsibility for the empire. No doubt, Darius was inspired by the impressive successes of Cyrus the Great. So he decided to continue on the same way. He, too, wanted to make Persia a strong power in the region. 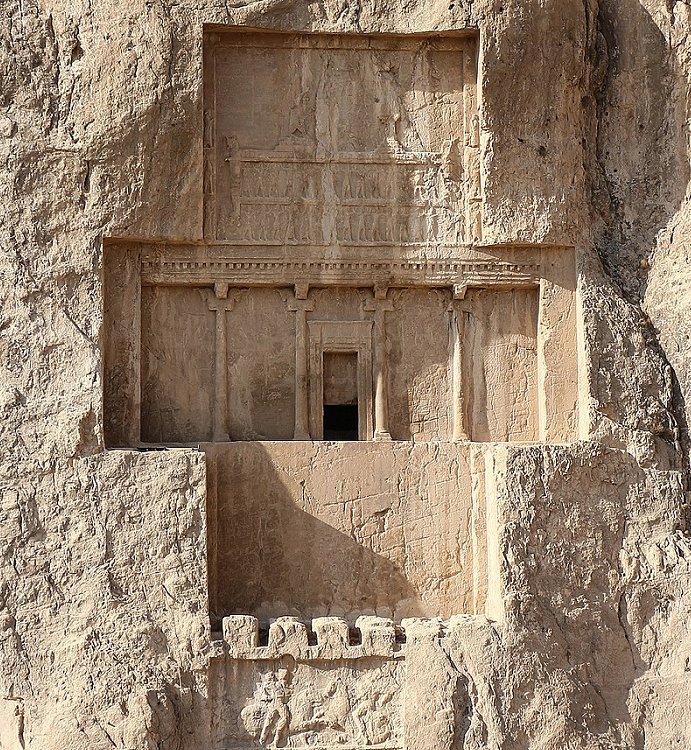 Darius’s reign is connected with a conspiracy because he killed Bardiya (Smerdis), another son of Cyrus, who earlier tried to take over the Persian throne. In the Bisitun inscription, Darius defends his deed, explaining that he killed a Magi Gaumata in the fortress of Sikayauvati, because he had pretended to be Bardiya, who had already been murdered secretly by Cambyses.

Not all agree, however. Some modern scholars consider that Darius invented the story of Gaumata to justify his wrongdoing and that the murdered king was indeed the son of Cyrus. To further consolidate his status, Darius also married the daughter of Cyrus II, Atossa.

Now, Darius I (c. 550 – 486 BC), commonly known as Darius the Great began to preserve what was left of the great empire using all possible means.

He needed to immediately subdue or silence rebellions in Elam and Babylonia after being crowned. Also, other uprisings in Bactria, Media, Parthia, Assyria, and Egypt, were dangerous to the empire. Additionally, by the year 522 BC, almost the entire Achaemenid Empire was revolting against Darius.

The situation was critical, and Darius had to quell all the rebellions throughout the kingdom. The brutal suppressing of the opponents helped restore the borders.

In 519 BC, Darius I directed his troops against the Saks-the tribes who lived in the steppes of Central Asia. It is believed that he reached the Amu Darya and the Syr Darya, but although he recorded them as conquered tribes, the Persians still did not dominate entire Central Asia. 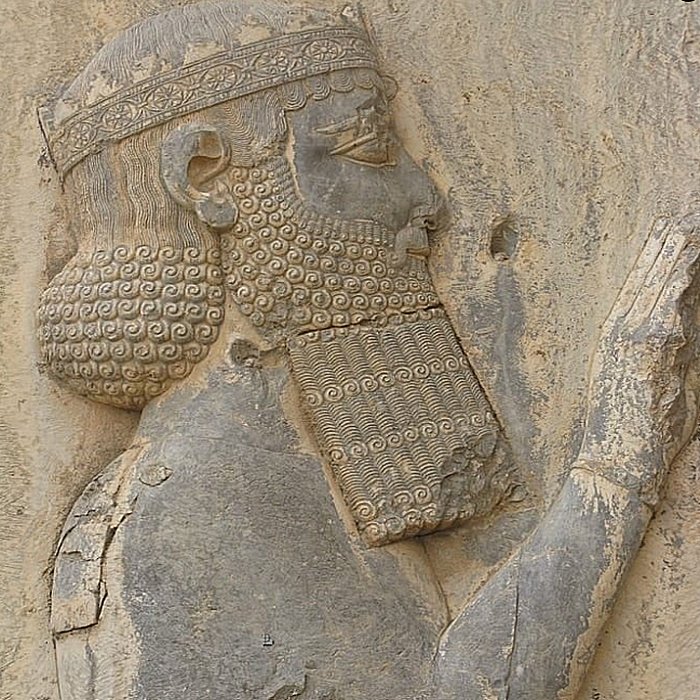 Using the tactics of “scorched earth” (the destruction of all vital objects and food supplies during the retreat), the Scythians, whom Darius called “overseas Saks,” were able to expel the Persians from their lands.

Darius ruled the empire that at its peak included among others much of West Asia (but not all), parts of the Caucasus, parts of the Balkans (Thrace-Macedonia, and Paeonia), most of the Black Sea coastal regions, Central Asia, as far as the Indus Valley in the far east, and portions of north and northeast Africa including Egypt (Mudrâya), eastern Libya, and coastal Sudan.

Now, it was time to confront two devastating military campaigns against the Greeks. With an army of 20,000 troops, Darius marched against the Greeks in Marathon. His forces were defeated in 490 BC by a heavily armed Athenian army, with soldiers from each of the eleven Greek city-states.

He did not manage to continue his plans against Greece because he passed away in 486 BC, and his son Xerxes had to continue the mission.

Xerxes Follows In His Father’s Footsteps

Xerxes I (485–465 BC, Old Persian: “Hero Among Kings”), son of Darius I of Persia and Atossa, the daughter of Cyrus the Great, would be the fourth king of the Achaemenid Empire. 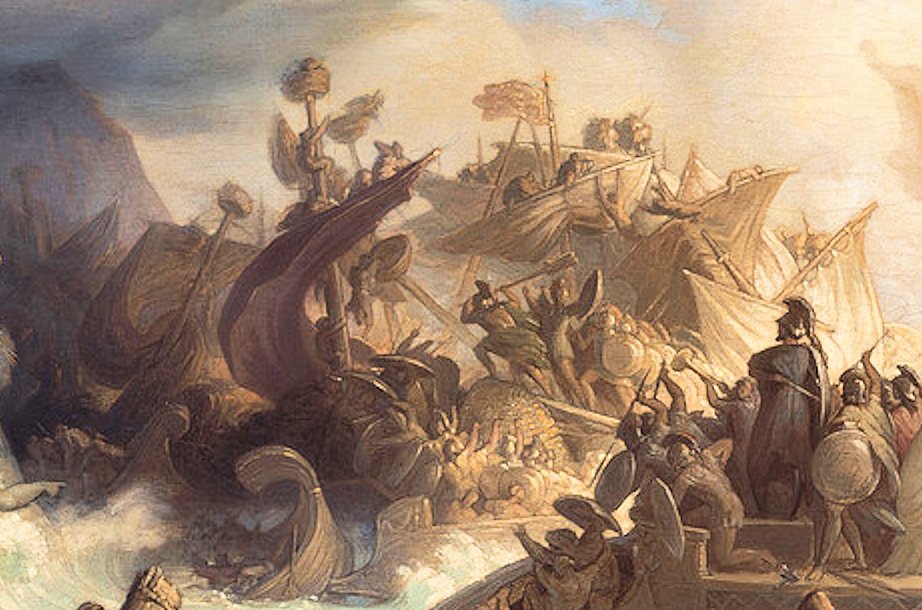 He promised to complete the job that his father Darius started. He organized a massive invasion planning to conquer Greece and attempted to force the Greeks to acknowledge Persian supremacy, but Athens and Sparta refused to do it.

The confrontation took place in the Battle of Thermopylae (480 BC), where the most soldiers were Spartans under the leadership of Leonidas. Xerxes won this 3-day-long battle, and following this victory, he sacked the evacuated city of Athens, preparing his subsequent attacks.

In the meantime, King Leonidas was beheaded and crucified, and the Persian victory at Thermopylae allowed for Xerxes’ passage into southern Greece, which expanded the Achaemenid Empire even further.

Following the first battle, Xerxes made a terrible mistake to attack a significant Greek fleet at the Battle of Salamis (480 BC). The Persians were defeated, and the following year, other defeats came at Plataea and Mycale in 479 BC.

That attack cut off much-needed supplies for the Persians, and they had no other choice but retreat, so they abandoned their plan to conquer Greece. The fierce resistance of the Greeks did not allow Xerxes to win over them.

In 465 BC, Xerxes was killed by conspirators (one of them was Artabanus, the commander of the royal bodyguard), who plotted his overthrow of Xerxes for a very long period.

No doubt, it was a bad omen for the future.

After the death of Xerxes I, successors made attempts to keep the empire together. However, The Achaemenid Empire never reached its former glory.

Internal conflicts weakened the empire and offered Alexander the Great an opportunity to attack. He started by defeating the Persian armies at Granicus (334 BC), followed by Issus (333 BC), and lastly at Gaugamela (331 BC).

In 330 BC, Alexander’s armies marched on Susa and Persepolis that surrendered. Heading north to Pasargadae, he visited the tomb of Cyrus the Great, the founder of an empire that was not meant to last.

The Circle of Ancient Iranian Studies