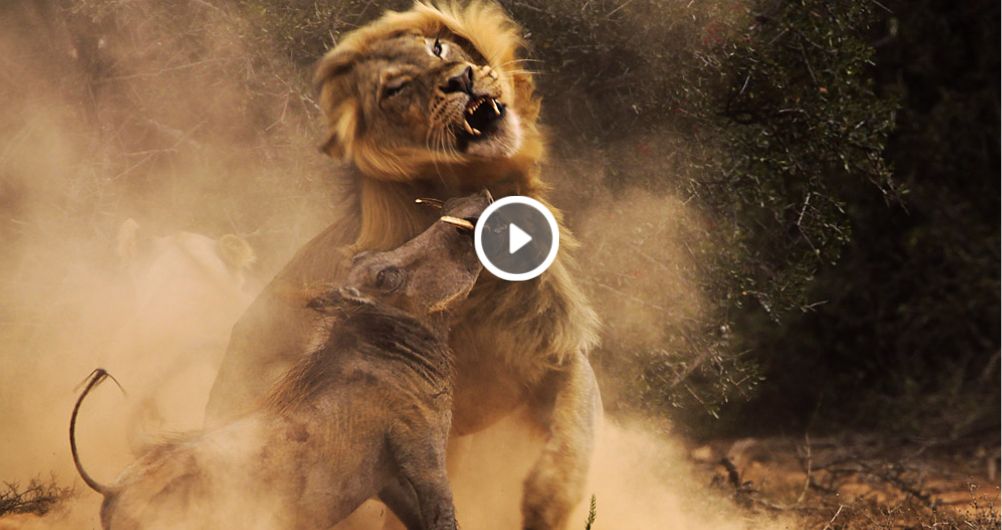 This is the moment a warthog stepped into the path of a hungry lion and then became its prey.

The incredible pictures show the warthog step into the lion’s den, but it was only ever going to end one way, as the predator then leaps out with brute force to capture the animal.

The lion then goes on to devour the wild pig, proving his status as top of the animal food chain. 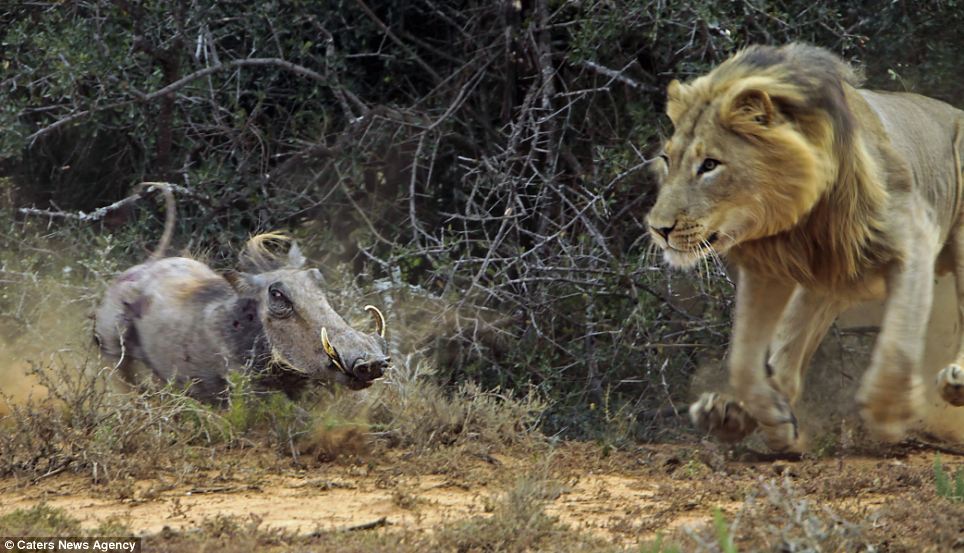 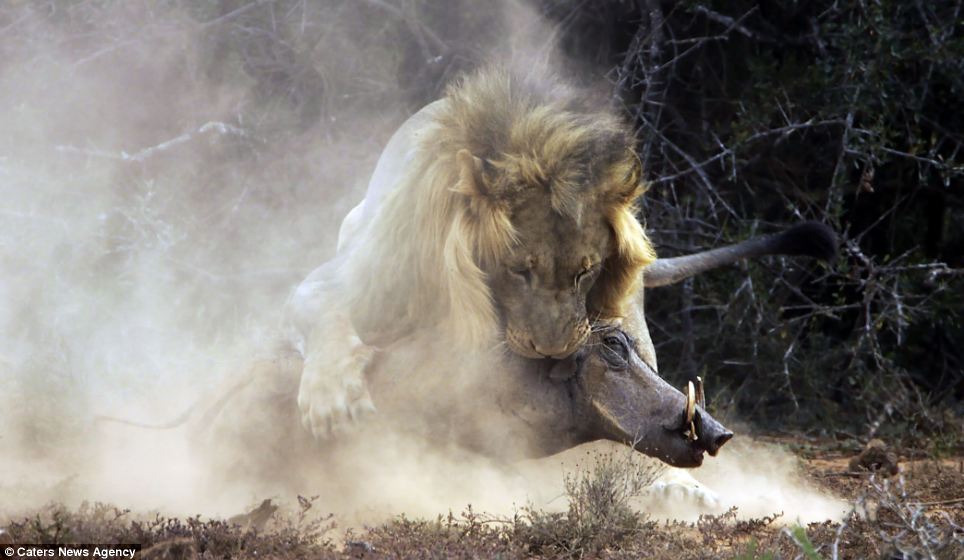 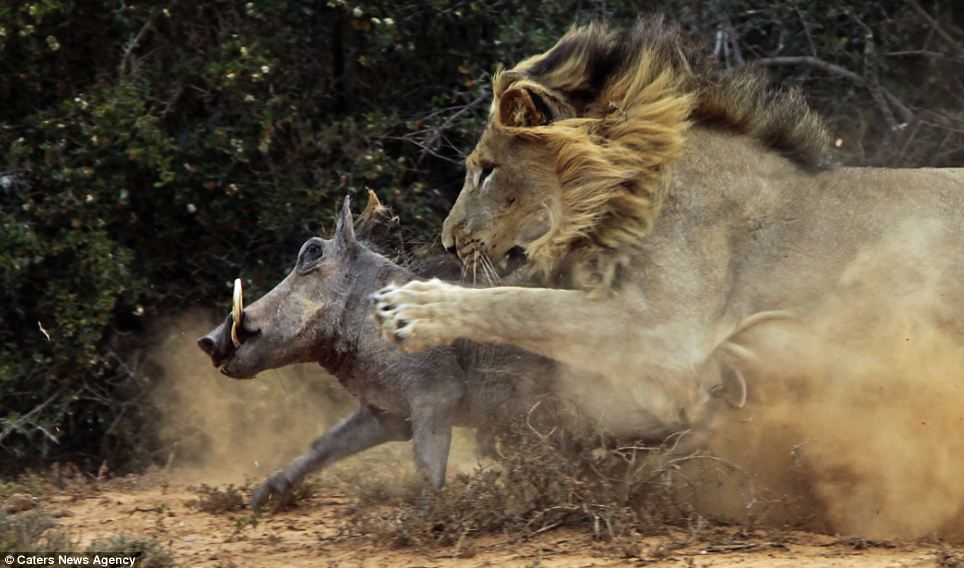 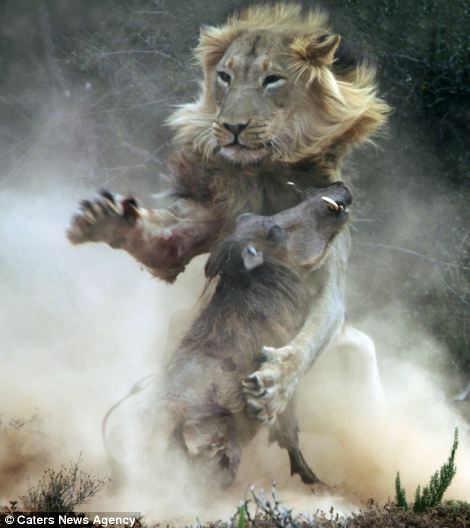 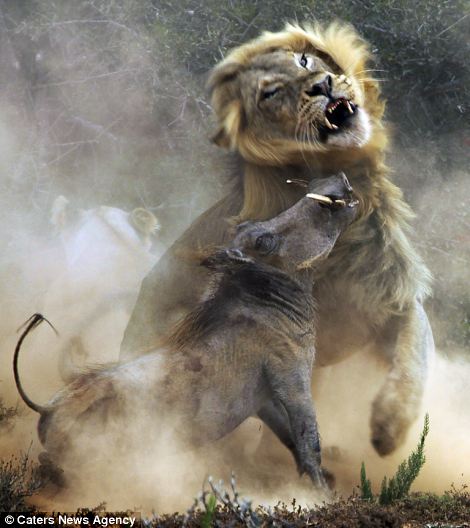 The stunning images were taken by photographer Dr Trix Jonker, of Bloemfontein in the Eastern Cape of South Africa, who managed to capture the action

The stunning images were caught on camera by photographer Dr Trix Jonker, at the Addo Elephant Park in the Eastern Cape province of South Africa.

Dr Jonker, 57, from Bloemfontein in the Free State province of South Africa, revealed she almost missed the moment as the warthog had a lucky escape first of all, but foolishly walked back into the lion’s den and this time was not so lucky.

But she managed to capture the action at the perfect minute.

She said: ‘It was getting late and the gates were closing in an hour. I looked away and when I looked back I saw the warthog coming straight towards some resting lions. 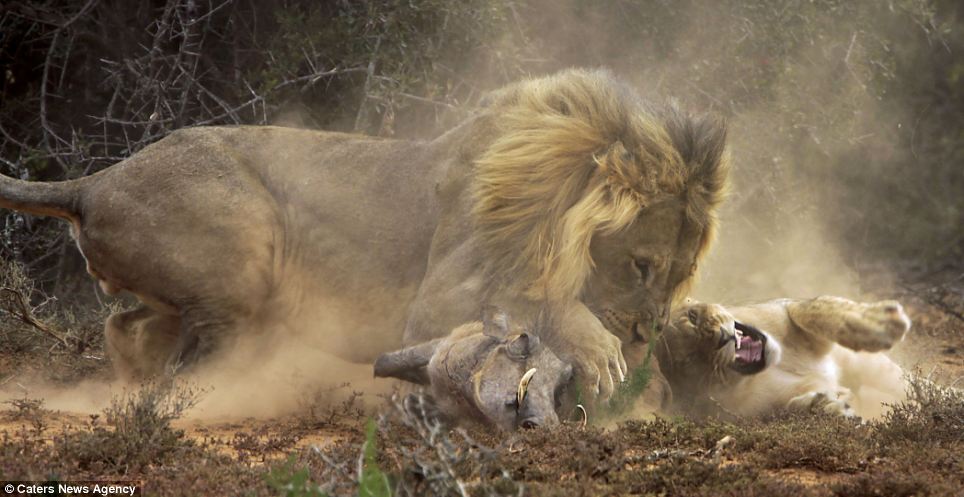 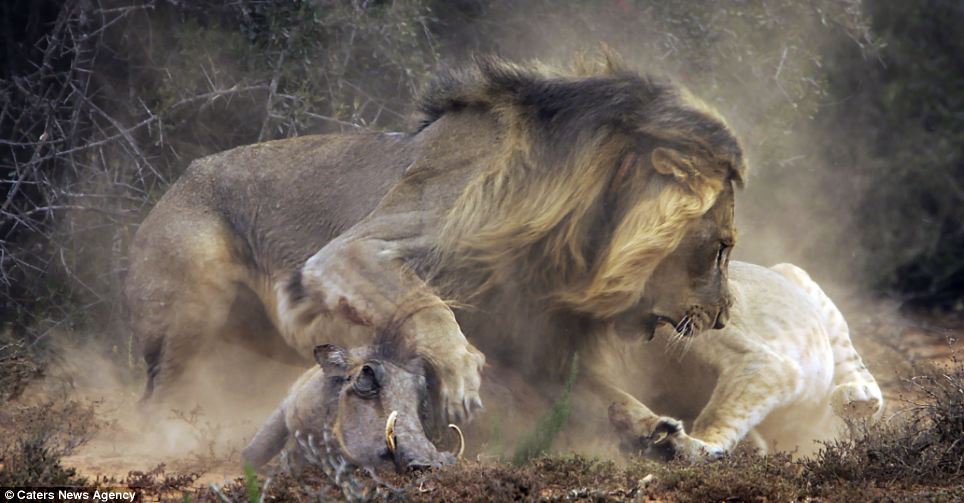 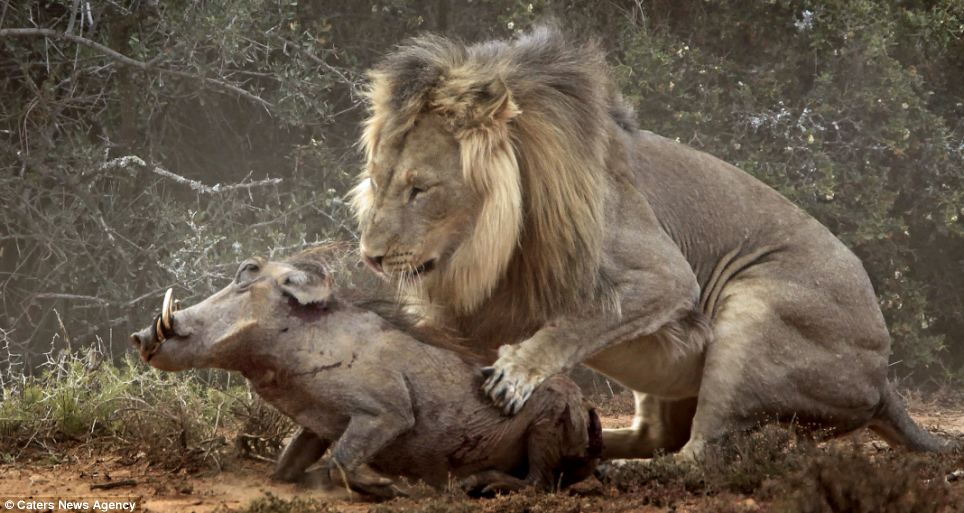 The warthog had a lucky escape the first time it entered the lion’s den, but the second time it wasn’t so lucky

‘The poor unsuspecting warthog did not spot the lions at all and she disappeared behind a bush where a lion was lying, and it was taken by surprise.

Dr Jonker revealed the warthog first had a lucky escape after it accidentally woke a sleeping lioness and startled her so she didn’t attack.

But she couldn’t believe her eyes when the same warthog went back into the lion’s den.

She added: After the warthog escaped, I thought the action was over. But the warthog went back in a circle and went back on the same path as before, straight back into the lions. 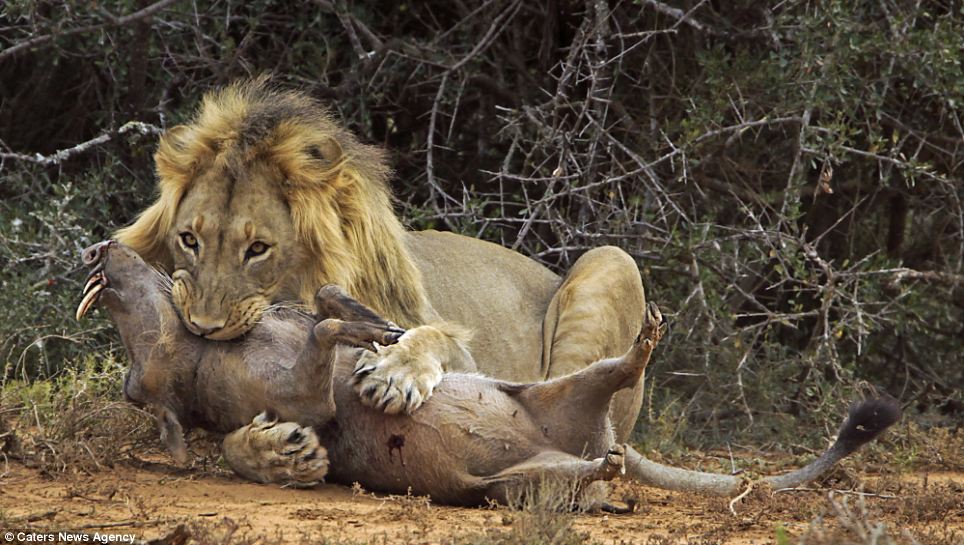 ‘By this time, a male lion had woken up and was sat up straight trying to see what the commotion was.

‘H saw the warthog coming and went straight into the attack position. This was when I had my camera poised as I knew this time something was going to happen.

‘At one stage there was only this big dust cloud and I could not see what was happening. 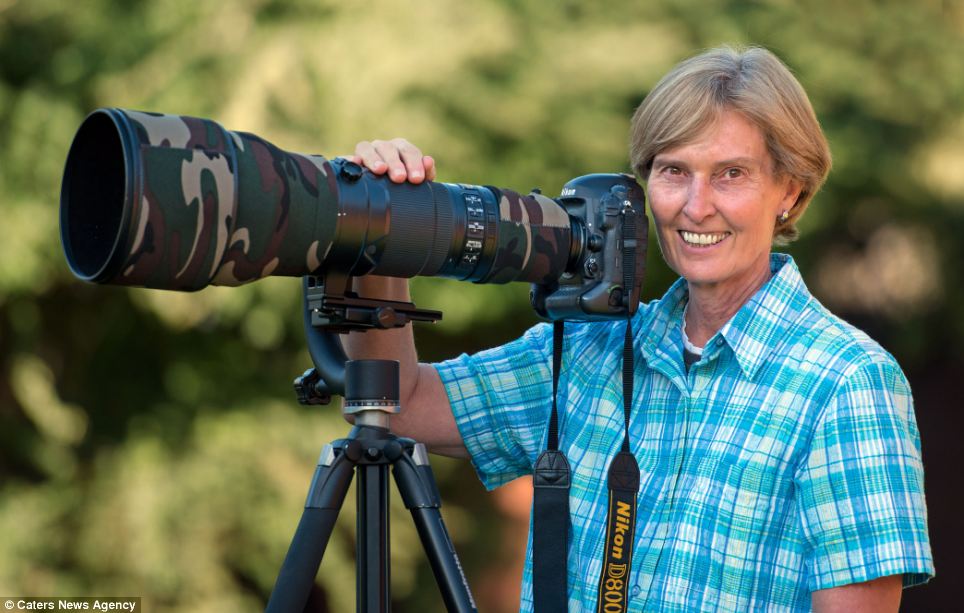 The pictures were captured by Dr Trix Jonker, pictured, who said it was amazing she managed to capture the battle on camera

Then when the dust cleared and I saw the lion holding the warthog between his front paws and looking straight at me.

‘He stayed like that for quite a while then lifted the warthog into the air and started dragging her away.

‘I couldn’t believe how tough the warthog was, and was absolutely stunned by what I saw that afternoon. It’s amazing I managed to capture it on camera.’ 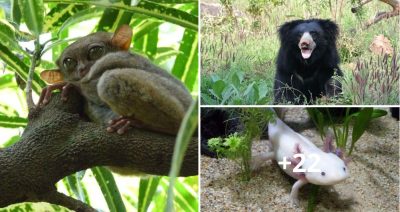 Previous post 15 Cute Exotic Animals You Can Own as Pets 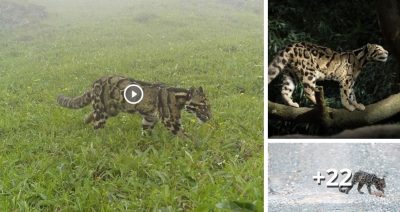