Skip to content
Home History & Archeology Archaeologists now Believe that 8,000-Year-Old Human Skeletons from Portugal are the World’s Oldest Mummies
Research-based on old pH๏τos suggests the skeletons may have been preserved a full millennium before the otherwise oldest-known mummies.

New research suggests that a set of 8,000-year-old human skeletons buried in Portugal’s Sado Valley could be the world’s oldest known mummies.

An illustration of guided natural mummification, with reduction of the soft tissue volume. Courtesy of Uppsala University and Linnaeus University in Sweden and University of Lisbon in Portugal

Based on pH๏τographs taken of 13 bodies when they were first exhumed in the 1960s, researchers have been able to reconstruct likely burial positions, shedding light on mortuary rituals used by European Mesolithic peoples.

The study, published in the European Journal of Archaeology by a team from Uppsala University and Linnaeus University in Sweden and the University of Lisbon in Portugal, suggests that people in the Sado Valley were engaging in desiccation through mummification.

Today, the soft tissue on the bodies is no longer preserved, which makes looking for signs of such preservation challenging. Experts used a method called archaeothanatology to document and analyze the remains, and also looked to the results of decomposition experiments conducted by the Forensic Anthropology Research Facility at Texas State University. Skeleton XII from Sado Valley, Portugal, pH๏τographed in 1960 at the time of its excavation. The extreme ‘clumping’ of the lower limbs may suggest the body was prepared and desiccated prior to burial. PH๏τo by Poças de S. Bento

Based on what we know about how the body decomposes, as well as observations about the spatial distribution of the bones, archaeologists made deductions about how the people of the Sado Valley handled the bodies of their ԀeαԀ, which they buried with the knees bent and pressed against the chest.

As the bodies gradually became desiccated, it appears that living humans tightened ropes binding the limbs in place, compressing them into the desired position.

If the bodies were buried in a desiccated state, rather than as a fresh corpse, that would explain some of the signs of mummification practices.

An illustration comparing the burial of a fresh cadaver and a desiccated body that has undergone guided mummification. Courtesy of Uppsala University and Linnaeus University in Sweden and University of Lisbon in Portugal

There isn’t the the disarticulation you would expect in the joints, and the bodies show hyperflexion in the limbs. The way that the sediment gathers around the bones maintained the articulation of the joints, and also indicates that the flesh did not decay after burial.

The people of the Sado Valley may have chosen to mummify their ԀeαԀ for ease of transport to the grave, and for the body to better retain its shape in life after burial. If European mummification practices do indeed date back thousands of years prior than previously known, it could enhance our understanding of Mesolithic belief systems, particularly as they relate to Ԁҽαth and burial.

Most of the world’s surviving mummies date from no earlier than 4,000 years ago, although evidence suggests the ancient Egyptians may have begun the practice as early as 5,700 years ago.

The bodies of the Chinchorro mummies from coastal Chile, long believed to be the world’s oldest mummies, were intentionally preserved by the region’s hunter-gatherers around 7,000 years ago. 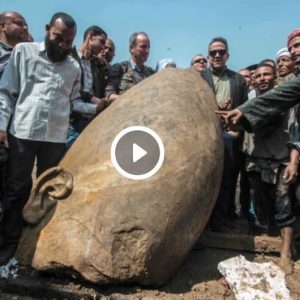 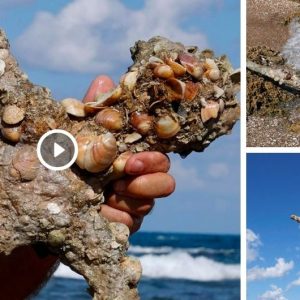