Skip to content
Home H Military 100 Years In Combat! US Air Force Is Upgrading Its B-52s To Stay In Service Till 2050 Despite New Bombers Joining In
Posted By stdaily
Posted On August 29, 2022

100 Years In Combat! US Air Force Is Upgrading Its B-52s To Stay In Service Till 2050 Despite New Bombers Joining In


The Cold wᴀʀ-era bomber of the US Air Force, the B-52, is undergoing the most significant upgrade of its life, enabling it to fly missions till at least 2050 and complete a record-breaking 100 years in service.

Breaking Defense reported that the B-52 Stratofortress is undergoing a significant facelift that will allow the strategic bomber to fly for 28 more years if two necessary upgrades are pulled off at once.

The B-52 bomber was inducted into service in 1952 and has participated in several bombing missions.

The plans to keep this bomber alive and kicking have been in the works for a while. “The B-52 has and will continue to serve as a vital component of the nuclear triad,” the US Air Force Global Strike Command (GSC), which directs strategic deterrence and long-range strike operations, said in December 2021. 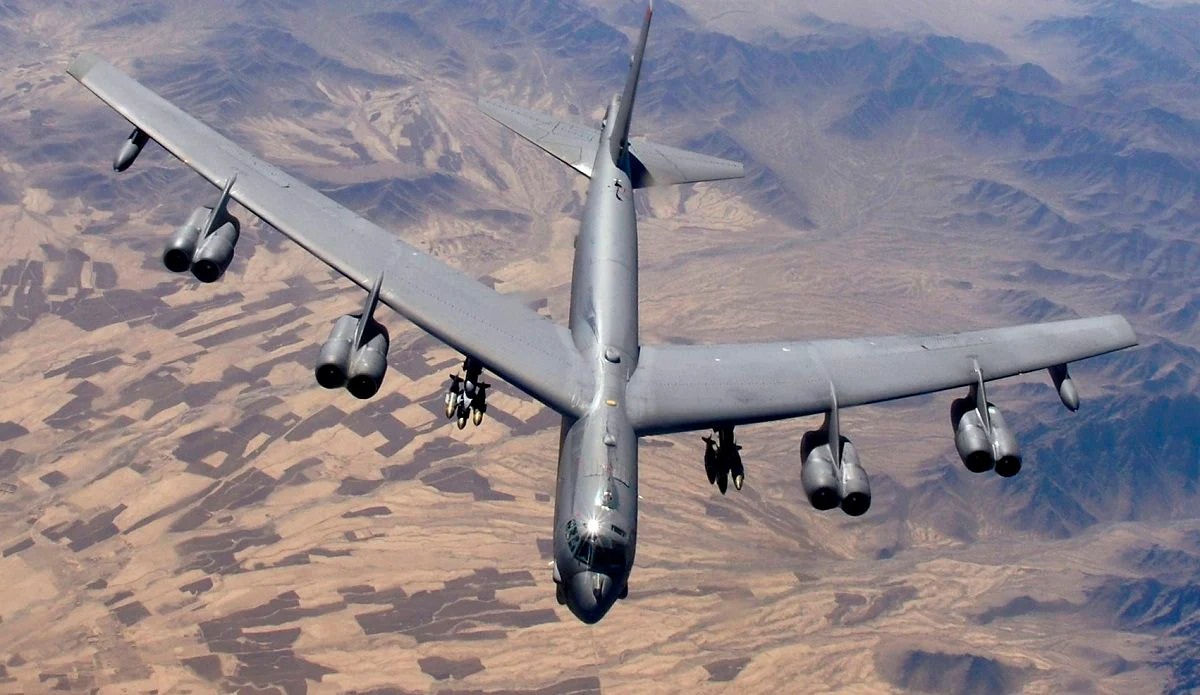 A B-52 Stratofortress carrying drop bombs on under-wing pylons in flight
At the time, Boeing Bombers Senior Program Director Jennifer Wong had stated that the USAF intended to keep the B-52 bombers in service through a Commercial Engine Replacement Program, Radar Modernization Program, and an Advanced Extremely High-Frequency Satellite.

However, there are reservations about carrying out two simultaneous modifications. At the Air Force’s Life Cycle Industry Days conference earlier this month, Col. Louis Ruscetta, the senior materiel leader of the B-52 division, told reporters that the Air Force was trying to “identify those friction areas” to make sure that changes on one modification program don’t have a cascading effect across another modification program.

Originally designed as a high-altitude, high-speed penetrating nuclear bomber, the B-52 now provides long-range cruise missile carriage and launch capabilities using the AGM-86B Air-Launched Cruise Missile (ALCM). It is the leading strategic nuclear and conventional weᴀponѕ platform of the US Air Force.

Big Fat Bomber Of The US
The B-52H Stratofortress is a long-range, heavy bomber that can perform a variety of missions. The bomber can fly at high subsonic speeds at altitudes of up to 50,000 feet (15,166.6 meters). It can carry nuclear or precision-guided conventional ordnance with top-class precision navigation capability.

At 70 years of age, these bombers are deployed widely by the USAF for various missions despite having the B-1 Lancer and the B-2 Spirit in their inventory. EurAsian Times had recently reported that the B-52 took part in the Bomber Task Force (BTF) mission alongside Sweden and Norway.

The Raider and the B-52 will be the two-bomber fleet for at least the next three decades until the 2050s. There are currently 58 B-52s in service today, with another 18 in reserve and a dozen in long-term storage, from the total 744 that were built.

The US Air Force sent B-52 Stratofortress bombers to Royal Air Force (RAF) Fairford in February of this year to participate in a Bomber Task Force mission before Russia started its invasion of Ukraine.

Then, in March, the bombers flew over nations bordering the Black Sea and Central Europe to simulate close-air-support operations with ground forces. Additionally, they traveled to the Arctic to support the NATO-led Cold Response over Canada and Norway by participating in the Noble Defender exercise conducted by NORAD.

B-52s were also used to test the under-development Air-Launched Rapid Response weᴀpon (ARRW) hypersonic missile for its first captive carry trials in late 2019. Given its operational availability and utility, as well as the minimal wear and tear on the bomber, it is no surprise that the US wants to keep the aircraft relevant for as long as possible.

How Will The US Keep Its B-52 Relevant?
A more capable radar is one of the most critical upgrades needed on this age-old bomber. It has recently been confirmed that the service will start installing the B-52 with the F/A-18E/F Super Hornet’s Raytheon AN/APG-79 radar in the middle of the decade.

The Raytheon AN/APG-79 AESA radar will require changes to the B-52’s cooling systems, for which the radar will be installed “upside down” instead of the Super Hornet’s vertical posture, allowing it to gaze down at the ground.

The “fighter-quality” radar will give the B-52 greater air-to-ground detection, range, tracking, and precise weᴀponѕ delivery and fire-control capability.

AN/APG-79 AESA Radar: Raytheon Intelligence & Space
In addition to the radar, the service will undertake an ambitious engine replacement program, replacing the bomber’s worn-out Pratt & Whitney TF33 engines with a variation of the Rolls-Royce F130.

The B-52 Commercial Engine Replacement Program will upgrade each B-52 with eight new F130 engines. It will also receive ancillary changes, such as new nacelles, pylons, generators, and cockpit display systems. 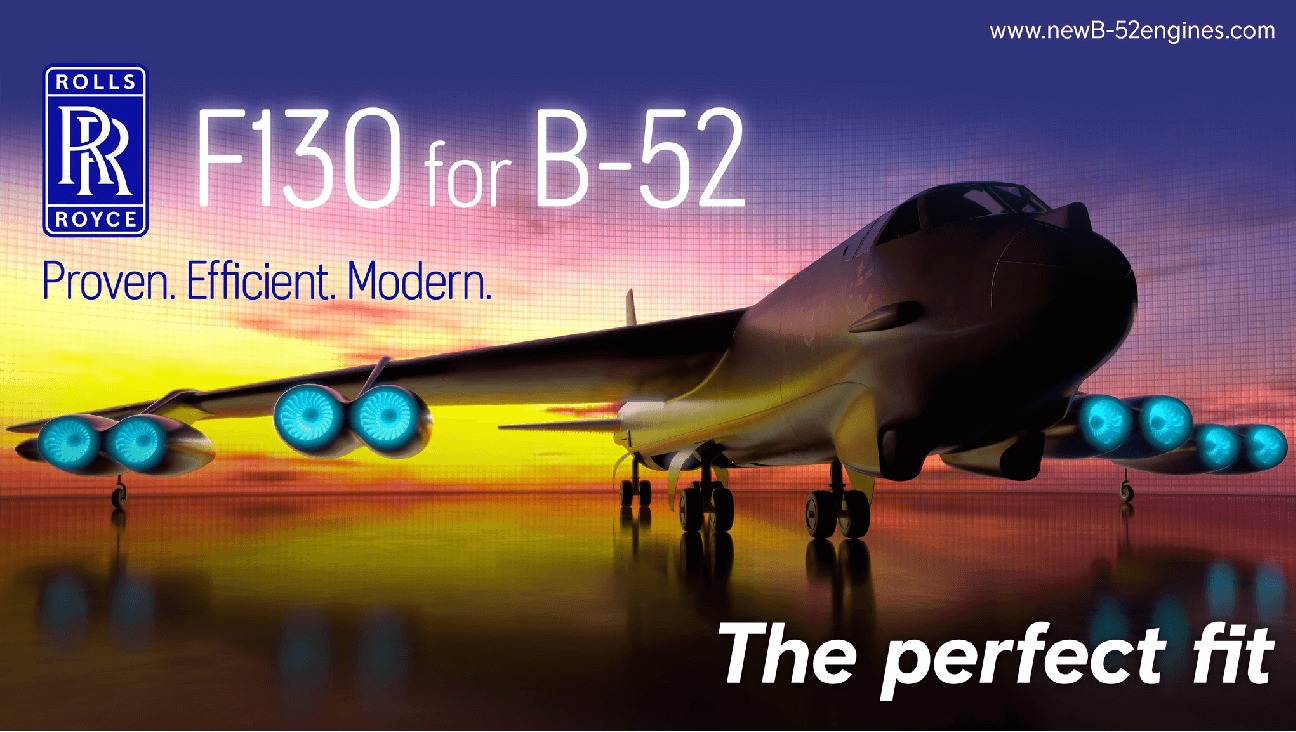 A complete system preliminary design review is set to occur later this year, Ruscetta informed reporters. The Air Force anticipates that the first B-52s will receive new engines in 2026–2027, with initial operational capability coming in 2030.

The new radar will be installed before the new engines, so the service is still figuring out exactly how the Oklahoma City Air Logistics Complex at Tinker Air Force Base will handle the radar and engine replacement changes.

“The first jets that will come out of that [radar] mod line will most likely have radar only, and then at some point, probably at their next depot timeline, [they will] come back to get the engine replacement,” he said. However, once the engine and radar replacement programs are in full swing, B-52s will likely receive both technologies during the same depot period.

In addition to these two major defining upgrades, the USAF is making efforts to add systems and subsystems to improve the capability of this strategic bomber. If everything goes according to plan, the Global Iridium Bomber Set (GLIBS), which has been in operation since 2017, will be replaced by the IRIS system, as previously reported by EurAsian Times.

The B-52 will be in service until 2050 if the Air Force sticks to its current plans, making it the first and possibly the only aircraft to fly continuously for a century.